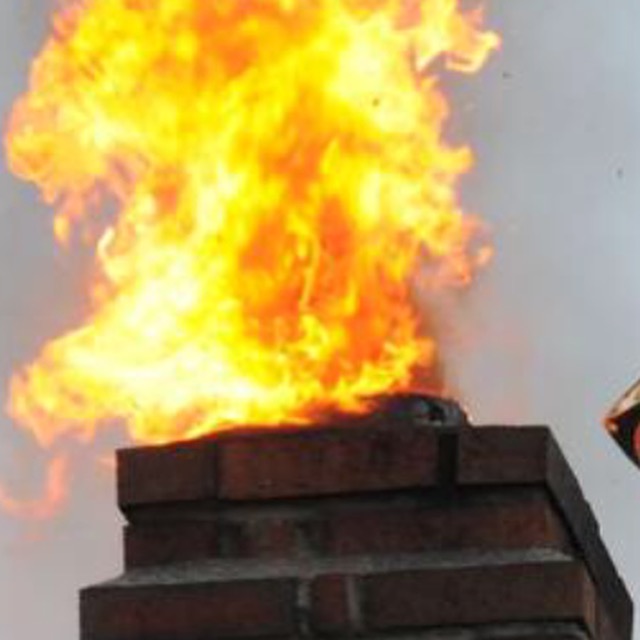 The importance of keeping your stove and chimney maintained.

The benefits of having a stove

Having a stove or fireplace with a real fire burning on the cold nights of winter was one of the centrepieces of any comfortable home. Today, even though many houses have electrical and gas heating, the charm of having a living fire heating appliance is again gaining popularity. Much of that is the availability of modern, clean burning and efficient stoves. A modern stove can provide a lot of heat from the cheap fuel source that is wood and with minimum maintenance would provide the household with a lifetime of enjoyment. If you have had your stove or fireplace installed correctly and using quality materials, any maintenance that would have to be done would be carried out with as little disruption to your home as possible.

The chimney was invented to essentially funnel the smoke and other gasses emanated from a open fire out and away from the enclosed living space. Back in ancient times a fireplace was essentially an open fire where the smoke was left to leave the building or shelter through a small opening in the roof. This as you can imagine this was a in-efficient way of ventilating the smoke from a fire from the living space. So people started to build a chimney from stone and clay or even just mud for mortar. This created a way to ventilate the fireplace and after a while the entire home was built around this heavy structure. It was a fantastic solution but it came with it’s own set of problems.

Problems and dangers of chimneys

There are many problems and dangers that can stem from a damaged or poorly maintained chimney, many of them have the potential to kill. The first problem to occur is the build up of soot and flammable substances inside the chimney. Over time this can reduce or even block the flow of smoke and gasses from your stove to the outside environment. You will notice if you are starting to have this problem when you find that smoke from the fire is becoming present in your home and that the fire itself doesn’t seem to be burning as well as would remember.

This blockage can cause the build-up of harmful gasses in your home! The gasses Carbon Dioxide, Carbon Monoxide and even Sulphur Monoxide can build-up in the home environment and can cause illness and even death in high enough concentrations. These gasses are both odourless and colourless making them particular hard to detect. Signs that your home is becoming polluted would be persistent headaches and feeling breathless and tired. It is a requirement of owning a live fire appliance that your home contains both smoke and Carbon Monoxide alarms and that they are in good working order.

A chimney blockage may not always be due to human negligence but can also be caused by birds attempting to build nests in the chimney. This is a surprisingly regular occurrence and is one of the reasons modern chimney installations have cowls. Chimney sweeps always check for birds nests and remove them as necessary.

The build-up of flammable substances inside the chimney like Creosote and tar provide a hazard and increase the risk of a chimney fire. Chimney fires are a common cause of house fires and have been responsible for many deaths. When your chimney is swept, all this flammable material together with the built up soot is removed.

When the use of chimneys became ambiguous in homes in the 14th century the occurrences of chimney fires became frequent and people where desperate to find out why they where happening and what could be done to prevent them. Many homes still had thatched roofs so any problems with the chimney or fireplace and stove would almost certainly set the roof on fire and end up consuming the whole house.

It was through the seemingly high occurrences of a chimney fire that people began to take action to prevent them from happening. When it was found that it was due to the chimneys becoming blocked with tar and soot people devised methods of cleaning them and it was through this the occupation of chimney sweep was born.

People associate the occupation of the chimney sweep to be antiquated and essentially redundant in the modern world of gas and electrical heating but nothing is further from the truth. OK gone are the days where small children would crawl up chimney spaces but as long as there are homes with natural fires then chimney sweeps will always be needed.

The importance of cleaning your chimneys and stove pipes

So giving all the potentially fatal, dangerous things that could happen if you don’t maintain your chimney, you would think that getting it swept regularly would be an activity that owners would do without question. This however is not the case as still, many people who own stoves and fireplaces don’t regularly have them cleaned and face the risks associated with not doing so.

Having your chimney swept is an easy and inexpensive thing you can do to ensure the safety of your home from accidental fires and harmful gasses building up in it. Professional chimney sweeping services are National Association of Chimney Sweeps (NACS) accredited to give you piece of mind. It is recommended that you have your chimney swept and your stove checked once a year.

A clean and clear chimney keeps a happy and healthy home. It keeps your stove working at its described efficiency giving out as much heat from the fuel as possible, keeping you warm when the weather outside is frightful!